Bota Šare, Oyster & Sushi bar in Zagreb is synonymous with fresh fish, oysters, shellfish and seafood. Although the restaurant is not in the very center of the city, but on a large road with a lot of traffic, it is always full. Beside the large interior space on two floors, they have a terrace that worked extremely well even if it is right on the street. Bota Šare has its regular clientèle, but also new guests who are attracted by the address famous for fish dishes. It is known that in the oyster season, the freshest and most delicious oysters from Mali Ston, where the family comes from, arrive in Bota Šare every day. In addition to fresh, juicy oysters that exude the scent and the taste of the sea, here they prepare them in two additional ways: grilled and tempura. We couldn’t decide which ones were the best, so we ordered all three versions and we were delighted by each of them. From a classic restaurant in Mali Ston, which once offered traditional Dalmatian cuisine, Bota Šare has grown into a family restaurant chain that now has bars in Dubrovnik, Split and Zagreb. They adapted to the new gastronomic trends and introduced the Japanese sushi to their cuisine but with a touch of the Mediterranean. We couldn’t resist fine uramaki rolls either, with the best tuna, shrimp pieces, fresh cucumbers with enticing flavours. The tuna sashimi was just as good: the best pieces of raw tuna cut into thin slices served on arugula. After that, we opted for homemade fried squid rings with sauce tartare. Crispy, not at all greasy, the squid was very good, and even better were the scampi in tempura: large shrimp tails in a sparkling rice flour crust. For the end, we sweetened up with small homemade fritters that were still warm. The numerous staff of Bota Šare is professional and efficient, and the wine list contains all known Croatian labels. Prices match the quality. Absolutely recommended. 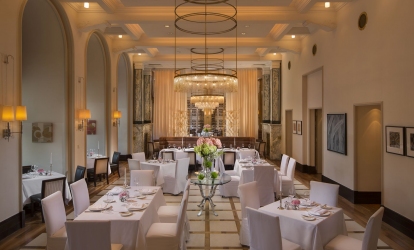 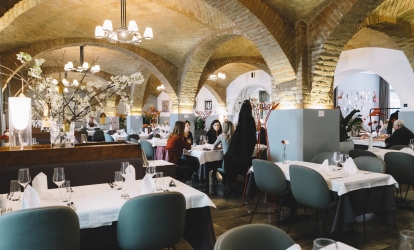 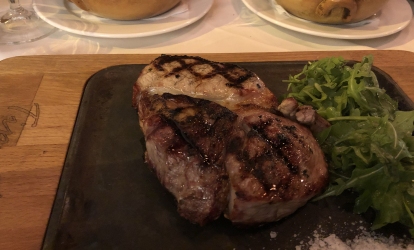